The first time I met Mark, I couldn’t help but notice he had the most beautiful blue eyes I had ever seen. Mark was known around town as “that homeless guy” that stood on the street corners in Rogers, not with a sign asking for help, but just standing there with his possessions sitting nearby. 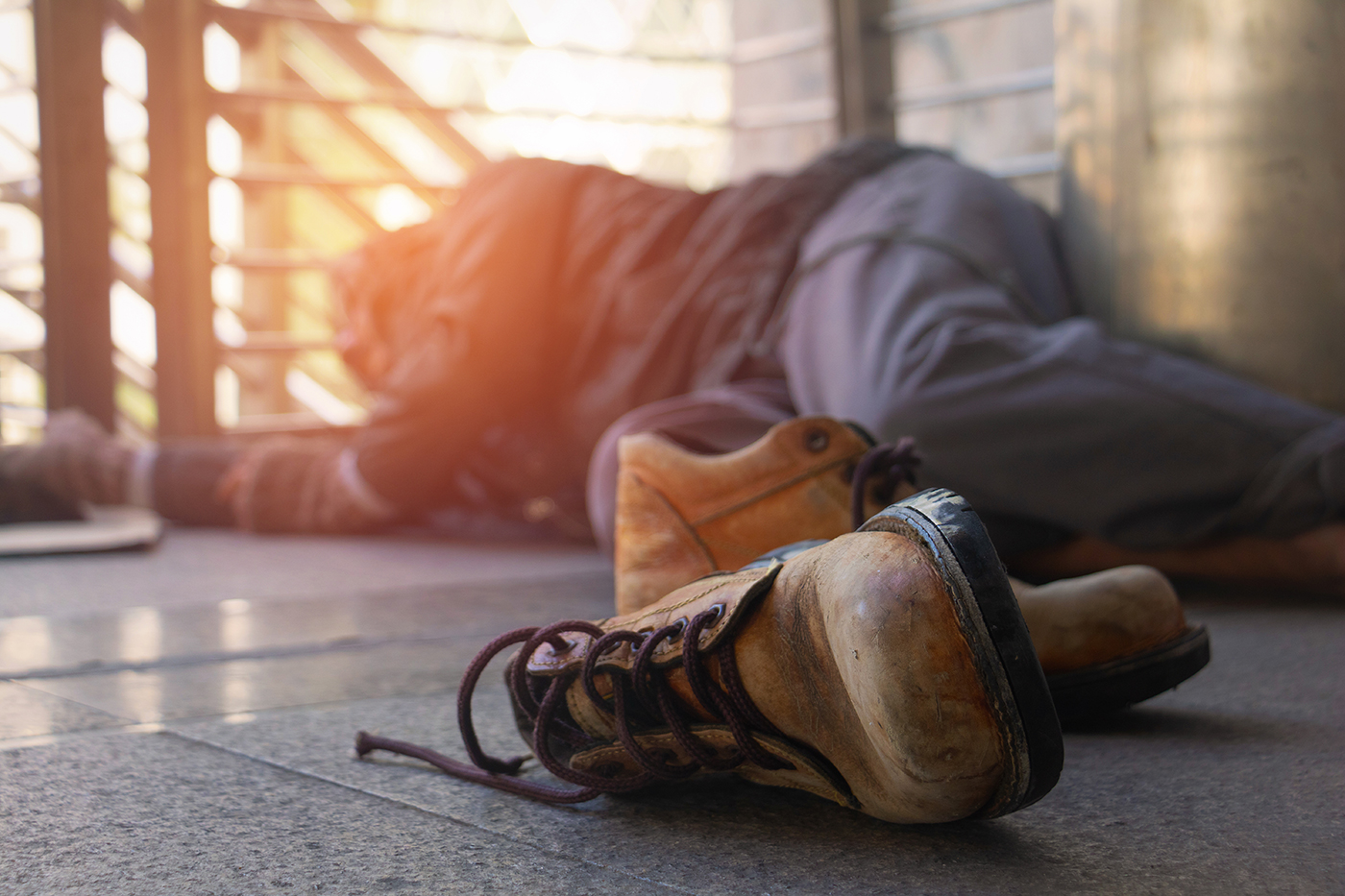 People from all walks of life knew Mark as he moved about the city. Although he had family locally, Mark suffered from mental illness and could not be confined by walls whether it was those of his family or the walls of an apartment that the Samaritan Community Center’s social workers helped him obtain. The voices he continually heard made him believe that the government was spying on him and he needed to be in the open to be free from that worry.

Mark dropped by our Café (soup kitchen) early Friday mornings and always ask if we had chocolate milk. It would make me smile, as he had so many other needs as someone homeless and hungry, but I understood his love for chocolate milk! One day we DID have chocolate milk and the joy he expressed was such a simple but beautiful thing to see!

Another time I was in the drive-thru at Sonic and saw Mark placing an order for food. I told them I wanted to pay for his meal, and they laughed as it came to $30! I smiled too and then sadly wondered how long it had been since he had eaten, waiting on his disability check to arrive…

Mark’s last place of “residence” was beside a tree in a vacant field not far from our office. I had the opportunity to answer his call for some food by bringing him some basic staples from our Market (food pantry) and a few snackpacks. He asked for some hot coffee, and I brought him a large cup with plenty of sugar and cream, just like he liked it.

The next week a Rogers police officer came and told me that Mark had died. I was stunned. There would be no more (“Hey Debbie!”) phone calls from Mark, asking for food or a ride or a few dollars.

I had the opportunity to meet Mark’s family at his funeral. They were heartbroken but found comfort in the fact that Mark was now healed and in heaven. I shared with them how Mark was such a beautiful soul, and how our lives were forever changed because of the opportunity to know and love him. We hugged intensely and cried like family because that day we were family.